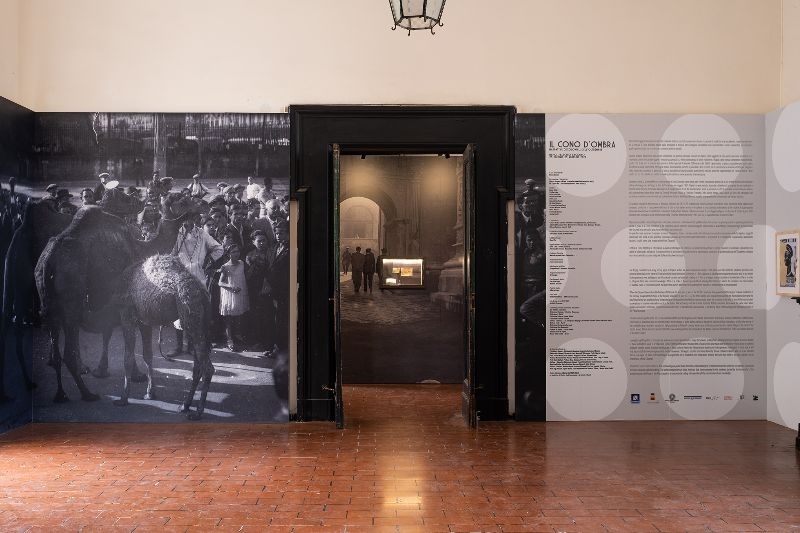 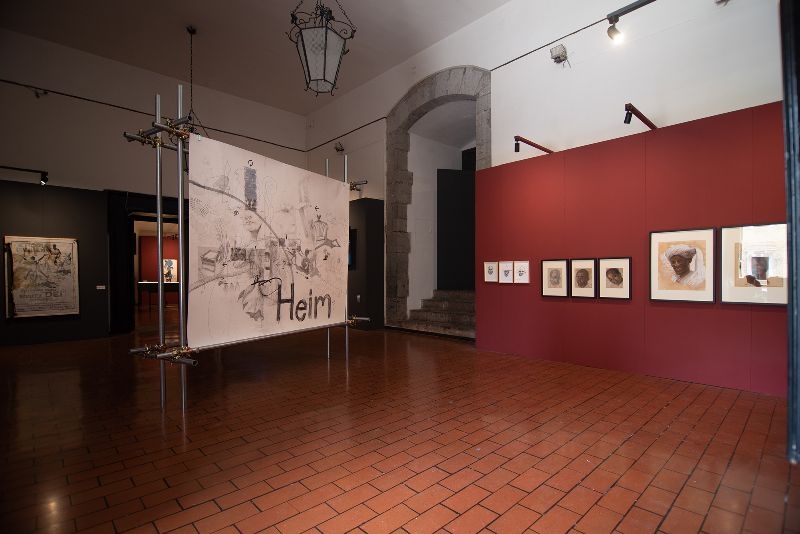 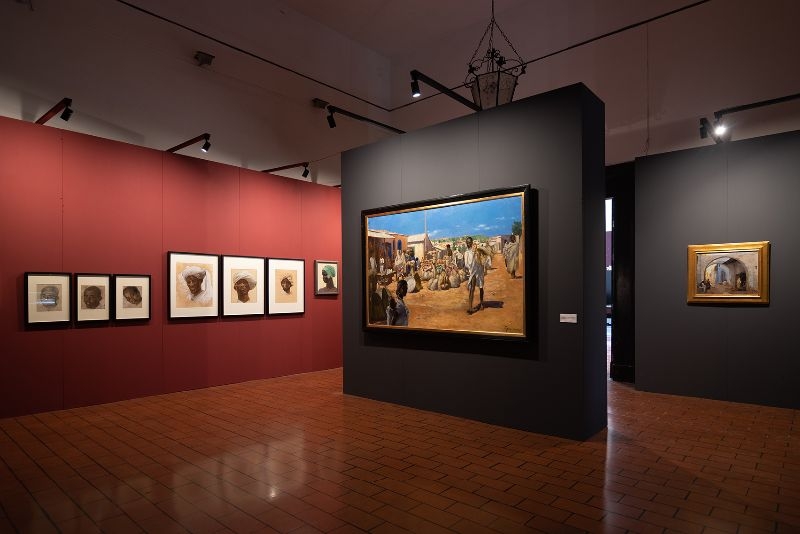 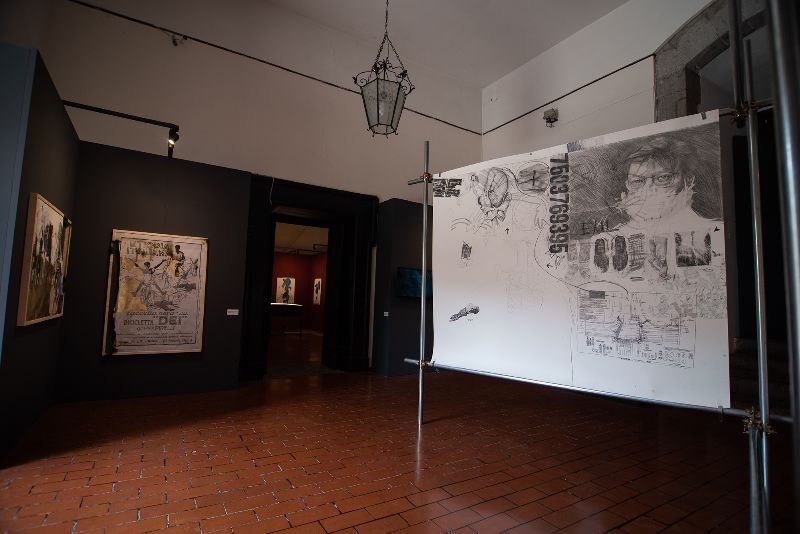 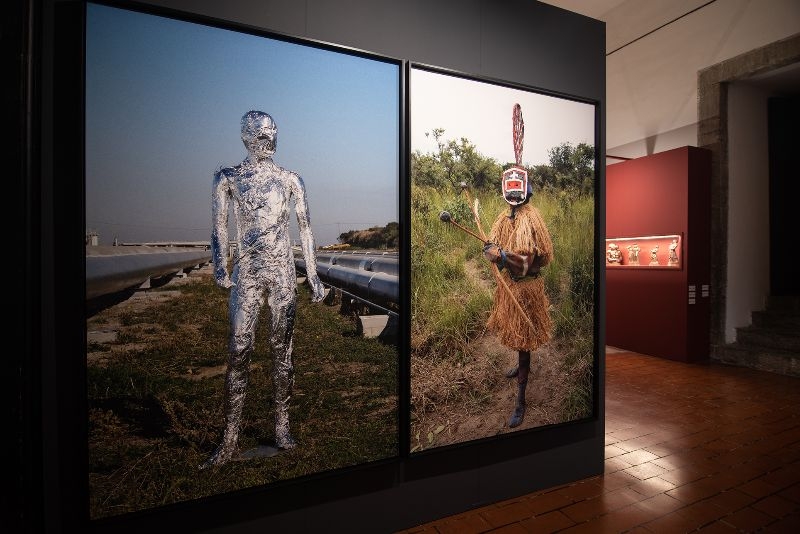 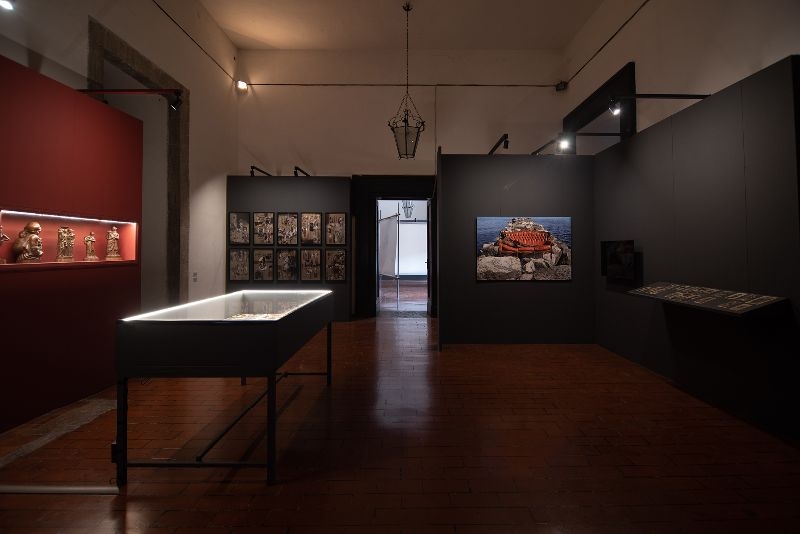 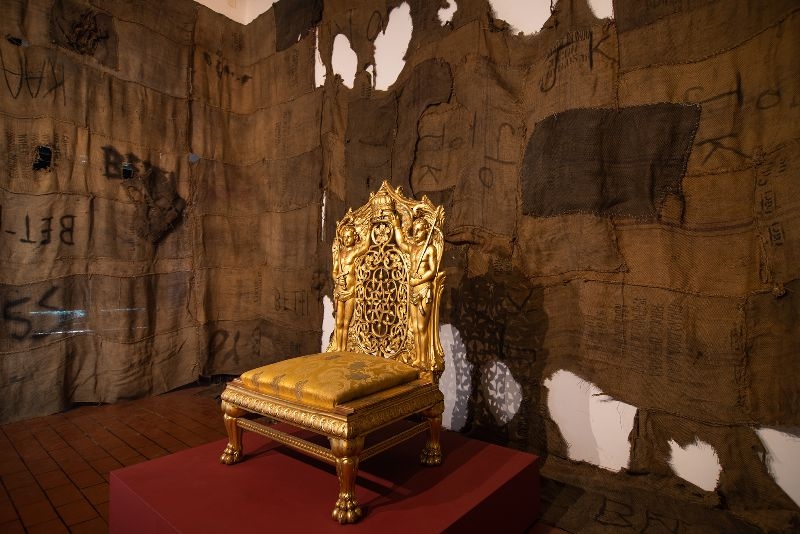 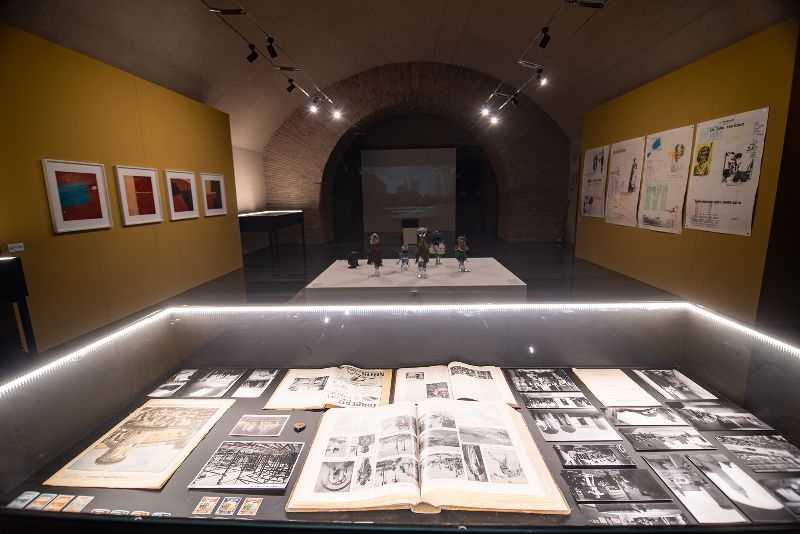 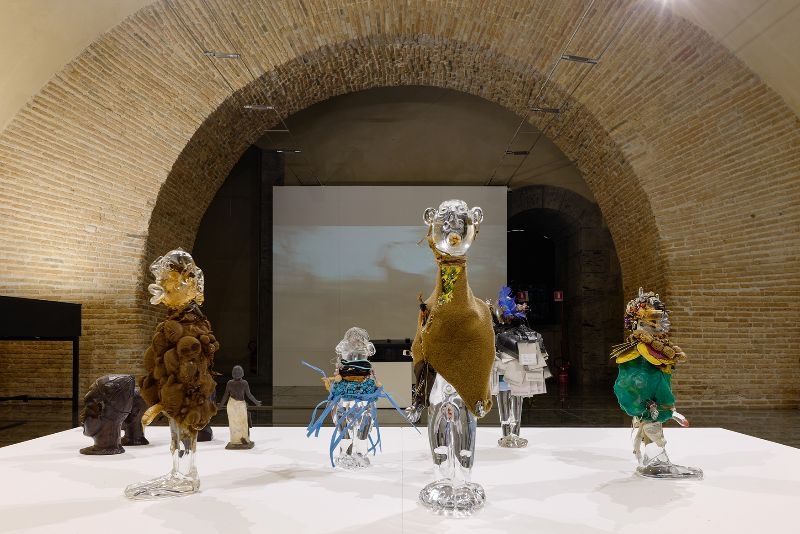 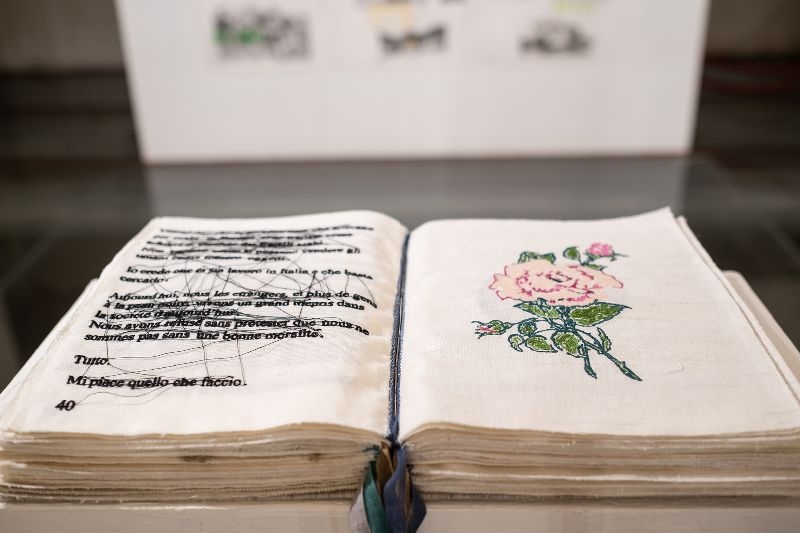 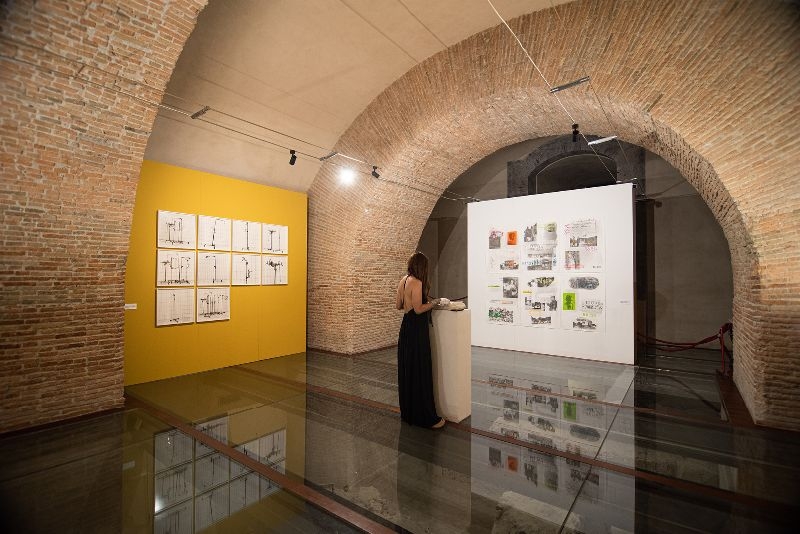 From 25 June, Castel Nuovo will be hosting Il Cono d’Ombra, a project by Andrea Aragosa for Black Tarantella (Naples) and FM Centro per l’Arte Contemporanea (Milan), in collaboration with the University of Naples "L'Orientale", sponsored by the Naples Council, Campania Region, and by the Mostra D'Oltremare.

The exhibition, curated by Marco Scotini, artistic director of the FM Centro per l’Arte Contemporanea, covers two areas of Castel Nuovo (the Antisala dei Baroni in the first floor, north wing and the Sala dell’Armeria on the ground floor) that were part of the Second International Exhibition of Colonial Art held precisely in Naples, in the Maschio Angoino, from 1 October 1934 to 31 January 1935.

Despite the fact that, today, the removal of Italy’s colonial past has been compensated by a wealth of historic and academic studies compared to twenty years ago, the Il Cono d’Ombra exhibition is stimulated by the need to discover further (more experimental and less established) conceptual categories where they are not counter-narrative or decolonial representations which allow a rethinking of this historic experience in a changed socio-political context. Far from being a contested inheritance, Fascist colonial politics in Italy have been the subject of very few exhibition opportunities and very few critical reconfigurations of the collected museum objects.

The happy coincidence of being set up again in Naples, within the same monument complex, that which was the authentic foretaste (premise and general rehearsal) of the Imperial Triennale of the Italian Overseas Territories in 1940, appears as a fundamental opportunity to be able to act within that experience, over and beyond any historically correct and plausible reading of it. This is no longer a reconstruction of a collection of facts in order to integrate them into common knowledge. What is at stake is the very possibility of allowing that otherness which, for centuries, has represented a ‘shadow cone’ of civilization which the West has always addressed in a paternalistic manner as something to be emancipated.

When the Second International Exhibition of Colonial Art was held, it was in the 1930s: a decade that opened with the largest colonial exhibition of the century inaugurated in Paris, at the Bois de Vincennes in May 1931. At the time, Naples was preparing to become the main colonial port and the ideal location for an ideological and conquistatorial showcasing in the Mediterranean south, given the presence in the city of one of the most ancient associations of colonial nationalism such as the Italian African Society and the Oriental Institute. At the same time, these were the same years when Italian colonialism’s economic-commercial characteristics of the liberism phase passed to becoming those of the propaganda-consensual ones of the Fascist period.

The innovative aspects of the 1934-35exhibition at the Maschio Angioino, were based, with respect to previous colonial exhibitions, on the Fascist generating of consensus and are exemplified by the invitation to eight Italian artists to depict the colonies in live recordings, by the referencing of the orientalist and colonialist vocation of Italian painting to fifteenth century Venice and by the reconstruction of a native village in the moat of the Castel Nuovo. These were all elements that foresaw and merged into the Triennale of the Italian Overseas Territories in 1940, and which also link to Il Cono d’Ombra.

Having brought together – from private archives and public institutions – many documents, publications, photographs and original works on display in those exhibitions, what is at stake in Il

Cono d’Ombra is the desire to allow the African artists who have been working for many years on colonial and post-colonial issues, to create the displays of these cultural memories (idiosyncratic objects and heterogeneous montages). In some way, it will only be possible to overcome presumed “white innocence” through a counter-narrative driven by the ex-colonial subjects who, as in an inverted mirror, can open up other representations, a programme of re-mediation and reparation, despite the fact that history, as such, appears to be irreparable. (Aimé Césaire).

The title Il Cono d’Ombra refers to that archaeology of power (who does the Archive belong to?) that possesses the authority for naming, classifying but also silencing and obliterating. The acknowledgement of other histories that have remained in the shadows, buried by the luminosity of the exclusive nature of those of the West, requires a fundamental calling into question of the constitution of our knowledge.

The Il Cono d’Ombra exhibition is dedicated to Lidia Curti (1932-2021), the co-founder of the Centre for Postcolonial and Gender Studies in Naples.

The artists, some of international fame, invited to participate come from diverse geographic regions and are part of the contemporary African diaspora: