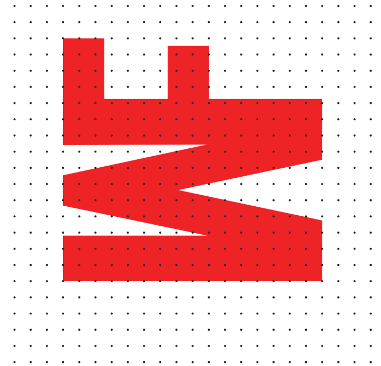 The talk will focus on the rediscovery of movements and artists who are still undervalued, and will shed light on the development of the art market in these countries.

Lorenzo Paini, Collector and Co-Curator of the exhibition "Non-Aligned Modernity"

Marco Scotini, curator of the exhibition and director of the center, will trace the history of the reception of the avant-garde movements of the former Yugoslavia and Eastern Europe through the most significant exhibitions and publications that have been made on this side of the wall. Furthermore Scotini will speak about the presence of these artists in the Italian collections.

Co-curator and collector Lorenzo Paini will speak about his experience as a member of REEAC - Russia and Eastern Europe Acquisitions Committee of Tate Modern in London. Two foreign guests will talk about the international reception of these movements: gallerist Solene Guillier, co-founder of the gallery gb agency in Paris, will report her experience in France and abroad, while curator Rainald Schumacher will speak about the activity in the arts of Deutsche Telekom, whose corporate collection focuses on contemporary art in Eastern and Southern Europe.

Antonella Crippa is Open Care's Art Advisor and is a member of the company's Board of Directors. Besides this activity, Antonella Crippa writes for Artribune and curates projects to enhance corporate collections. In 2014 Crippa worked for the European Commission for the evaluation of tenders within the Horizon 2020 project. Previously, Crippa worked as an independent curator (among the exhibition projects: 2007, In Cima alle Stelle, Forte di Bard; 2004 On Air, Video in Onda dall’Italia, Galleria Civica di Monfalcone; 2002, Da Cima a Fondo, Torre del Lebbroso, Aosta). She graduated in Conservation of Cultural Heritage in Viterbo (1997) and specialized in Art History at the Università Statale in Milan (2002).

Solene Guillier is co-founder of gb agency in Paris, which opened in 2001. "At the time of creation of gb agency, some researches led us to discover and meet some artists based in Eastern Europe, such as Roman Ondak, Jiri Kovanda, and Deimantas Narkevicius, later followed by Julius Koller and Tamas St. Auby," says Solene Guillier. "In 2004, gb agency curated the show 'From My Window, Artists and Their Territories' at ENSBA, School of Art of Paris, to present a selected panorama of diverse practices by artists from Eastern Europe. A publication also helped to spread out the knowledge about these artists and their universes".

Lorenzo Paini is a collector and curator of the Enea Righi Collection. Paini collaborates with various Italian and international institutions, and is a member of REEAC - Russia and Eastern Europe Acquisitions Committee of Tate Modern in London. Paini is co-curator of the exhibition "Non-Aligned Modernity. Art and Archives from Eastern Europe from the Marinko Sudac Collection".

Rainald Schumacher is co-founder, with Nathalie Hoyos, of the Berlin Office for Art. Together they are responsible for building up Deutsche Telekom's Art Collection. The Art Collection Telekom was founded by Deutsche Telekom AG in 2010-11 with the intention of supporting contemporary art from Eastern and South-Eastern Europe. Works from the collection are displayed in dedicated areas in the office buildings in Bonn and Berlin and are available for loans to institutions. The collection is also shown in curated exhibitions organized in partnership with museums. Upcoming exhibition projects are planned for 2017 at Krolikarnia, Sculpture Museum – National Museum of Art in Warsaw and at the Museum of Contemporary Art – MSU in Zagreb.

Marco Scotini has been Director of the Visual Arts and Curatorial Studies Department of NABA Milan New Fine Arts & Design Academy since 2004. Since 2016 Scotini is also Artisti Director of FM Centre for Contemporary Art. Since 2004 Scotini has been directing the Gianni Colombo Estate and since 2014 is Curator at PAV – Parco Arte Vivente in Turin. Marco Scotini curated the exhibition "Non-Aligned Modernity. Art and Archives from Eastern Europe from the Marinko Sudac Collection".