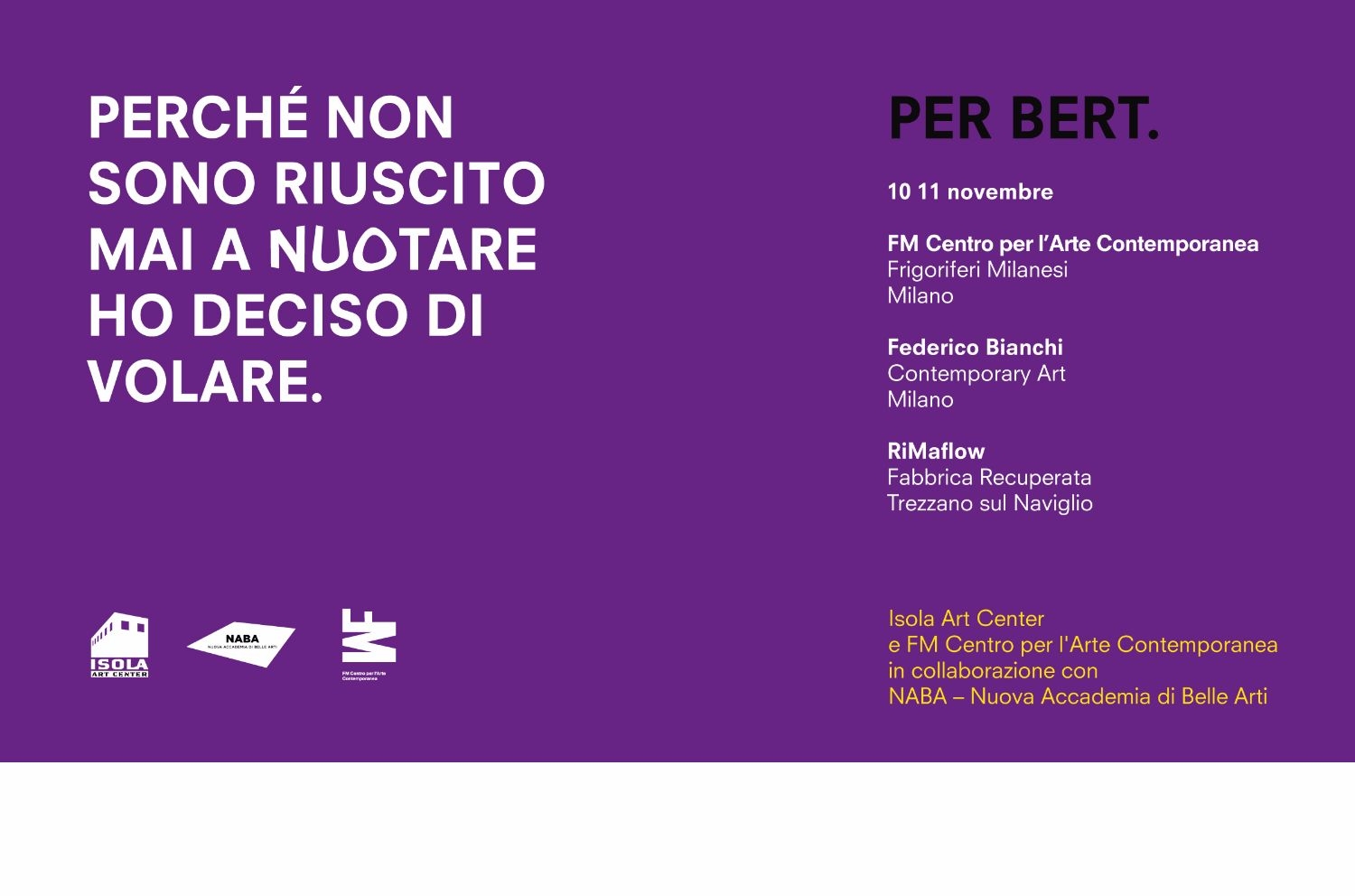 Because I could never seem to swim, I decided to fly. For Bert Theis
FM Centro per l'Arte Contemporanea - via Piranesi 10 Milano

In order to keep alive and reflect on the artistic heritage of Bert Theis, Isola Art Center, in collaboration with FM Centre for Contemporary Art and NABA – Nuova Accademia di Belle Arti, presents a series of events spanning over two days.  During the event, there will be theoretical discussions, exhibitions and an opportunity to interact and exchange ideas with everyone who has known Bert.

The panel will be preceded by a focus on OperaViva Magazine curated by Elvira Vannini with texts by various authors and an in-depth coverage of the event.

The second part and conclusion of the seminar with Hou Hanru / Evelyne Jouanno / Marco Senaldi.

Lunch by Isola Pepe Verde with talks, projections, texts and other contributions by friends, artists, activists, curators, scholars and students.

Final event with the inauguration of a new conference hall dedicated to Bert Theis at the occupied and self-managed factory RiMaflow.
Inauguration of Sala Utopia with artworks by Edith Poirier, Barbara Barberis, Serio Collective and Nikolay Oleynikov created during the collaboration between Isola Art Center and RiMaflow.
Toasts and guided tours by RiMaflow.
Spaghetti dinner and DJ-sets.