residency programs for artists and curators 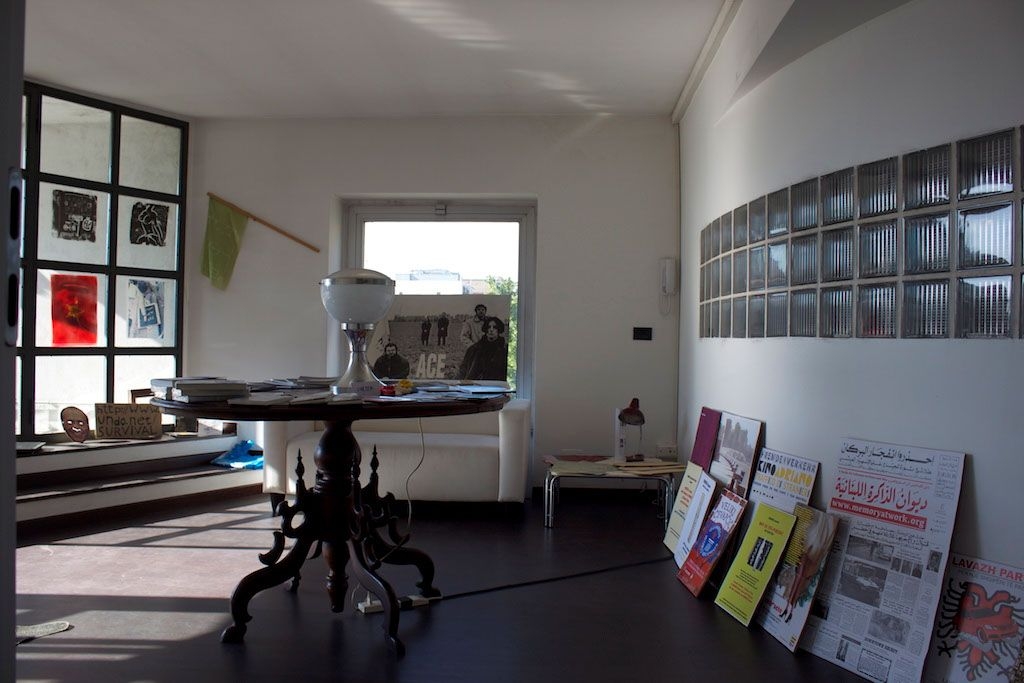 Luca Berardi with “Chiaravalle Visual Memory” is the winner of the second edition of the IMAGONIRMIA Award by Elena Mantoni.

During May, the artist was been hosted in Milan by the FARE’s artists residence, accompanied by the curator Isabella Bordoni. The IMAGONIRMIA award, in addition to a five-week stay, provides an economic support for the project; a possible educational course agreed within the International Center for Landscape and Bergamo Garden Studies; the graft with the monastery threshold project Yards for the planetarium garden located in Chiaravalle; A paper publication with texts and images, Viaindustriae editions.

Luca Berardi (Cesena, 1973), a documentary filmmaker, has long been working with archive material and found-footage. His research leads him to investigate the anthropological, historical and social aspects of places by revealing his affective and family dimension. With "Chiaravalle Visual Memory", Luca Berardi intends to investigate the documentary-archival style descended on the Chiaravalle habitat; looking for an eclectic panorama of this city.

In the context of the collaboration with the Maraya Art Center in Sharjah (UAE), after the exchange of Eva Frapiccini's artist residence, it’s been the turn of the artist and musician from UAE, Jumairy who worked with the curatorial team Francesco Urbano Ragazzi to an unpublished project at the residence insede Frigoriferi Milanesi in September 2016.

During the Milan residence, Jumairy penetrate into the sound landscapes of the city, entering into the artistic and musical scene. In the following months, the inspirations and impulses of the residence were elaborated remotely in an online diary that the artist shared from Dubai.

In the residence were laid the foundations for an organic process of production in which the personal research of the artist was open to the discovery of the urban context and its media propagation.

The experience ended on December 16 with the opening of the exhibition BRZ5.

Jumairy has transformed the rooms of an apartment into his personal Barzakh, a labyrinthine antechamber to celebrate a vigil, waiting the passage between childhood and adulthood.

Other artists also participated to the project and their contributions to the exhibition, were visible both in the Frigoriferi Milanesi’s space, and on Nero Magazine’s website, the digital home of BRZ5.

Alessandro Perini, winner of the first edition of the Imagonirmia Elena Mantoni Prize, created an artistic project in the southeastern outskirts of Milan, in Chiaravalle Milanese – amid rural and agricultural areas (the village, the disused railway track, the Cistercian Abbey, and the park Vettabbia). In his work, the artist explores sound as a bodily experience and its relationship between the human experience and the land. How they modify and effect each other.

May 2016: Andrea Romano at the Land Art Symposium

FARE chose the artist Andrea Romano for the artist's residency in Sokhna, Egypt to mark the first Land Art Symposium, organized by the Egyptian real estate company Tatweer Misr. The Symposium is the first of a series to be held twice a year for the next five years with the aim of creating a dialogue between the nature of the place and the works of art by young artists, promoting Monte Galala in Sokhna as a new cultural tourist destination.

Within the context of an exchange of artists' residency exchange, Eva Frapiccini showed her project "Dreams' Time Capsule" in March 2016 at the Maraya Art Centre in Sharjah and at Sikka Art Fair in Dubai. "Dreams' Time Capsule" is a participatory and traveling installation where visitors are invited to record their dream in an inflatable pavilion, which looks similar to a time machine and which the artist carries with herself in a suitcase. The recordings are collected anonymously in a dream archive that includes more than 1,400 dreams: traces of a collective imagination through various continents and different types of society. At the conclusion of the recording process, the archive will be sealed and then reopened by the artist in ten years, when the dreams will be sent back to the dreamers.